POEMS TO LEARN BY HEART 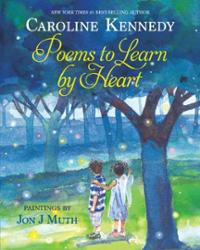 I'm not a big memoriz-er of poems. In fact I can only think of one 4 line Shel Silverstein that I know by heart... and "The Secret Life" by Stephen Dunn, which I have read so many times in public that I mostly have it memorized (but wouldn't want to be without my paper copy, just in case). Why that poem? For many years writing was my secret life. I often open a poetry reading by sharing that poem and how I've journeyed from a closet poet to an out in the open one.

I guess one reason I'm reluctant to memorize is that memorizing brings to mind all the ways schooling can kill a love of poetry. Being forced to memorize a poem is (to me) one of those things. Now, if students are allowed to CHOOSE the poem they memorize, that's a whole other thing. But still a lot of pressure for the shy ones among us.

ANYHOW. I am always impressed when poets have their own poems memorized. Spoken word poets knock my knickers off. I love the show, the performance. How do they do it?!

Back to the book. There's a nice mix of old and new here, and I was thrilled to find poems by our very own Janet Wong!

The book is divided into sections like Here I Am (poems about self) and It Is the Duty of the Student (school poems).There's even a section called Extra Credit, with longer poems like "Paul Revere's Ride" and "Kubla Khan."

Here's one of my favorites:

Baby ate a microchip,
then grabbed a bottle, took a sip.
He swallowed it and made a beep,
And now he's thinking pretty deep.

He's processing, and now he thrives
On feeding his internal drives.
He's throwing fits, and now he fights
With ruthless bits and toothless bytes.

He must be feeling very smug.
But hold on, Baby caught a bug.
Attempting to reboot in haste,
He accidentally got erased!

---
TIP FOR THOSE WHO WANT TO MEMORIZE A POEM: record yourself reading the poem. Play the recording while you are driving or doing mundane household chores. In just a day or two, you'll have it down. Repetition is a powerful thing! (I learned this trick when I first began public speaking and worried I would freeze onstage. Thanks to this technique, I never did.)

Happy Poetry Friday, friends! Anastasia has Roundup at her poetry blog. Yay for May!!!
Posted by Irene Latham at 6:00 AM 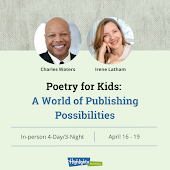 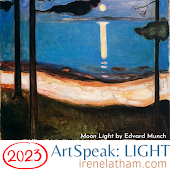