Friday night marked the 8th annual My Favorite Poem event in Birmingham. It's modeled after Robert Pinsky's Favorite Poem Project, in which a variety of members of the community share a favorite famous poem and talk for a few minutes about why it's important in their lives.

It's always an amazing, inspiring event. This year it was my pleasure to recruit 5th grader Hope who read "Jimmy Jet and his TV Set" by Shel Silverstein. She was great, just as I knew she would be! Here's the poem:

Jimmy Jet And His TV Set

I'll tell you the story of Jimmy Jet --
And you know what I tell you is true.
He loved to watch his TV set
Almost as much as you.
He watched all day, he watched all night
Till he grew pale and lean,
From "The Early Show" to "The Late Late Show"
And all the shows between.
He watched till his eyes were frozen wide,
And his bottom grew into his chair.
And his chin turned into a tuning dial,
And antennae grew out of his hair.
And his brains turned into TV tubes,
And his face to a TV screen.
And two knobs saying "VERT." and "HORIZ."
Grew where his ears had been.
And he grew a plug that looked like a tail
So we plugged in little Jim.
And now instead of him watching TV
We all sit around and watch him.

All the readers were fantastic. But there was one who really stood out: 94 year old retired nurse Jane Woods who recited a lengthy section of Patrick Henry's "Give me Liberty" speech. She said it was still with her after she first memorized it 77 years ago! We gave her a standing ovation. What an amazing moment, and what a testament to the power of words. Here's a picture of Hope and Jane (this year's youngest and oldest readers!). 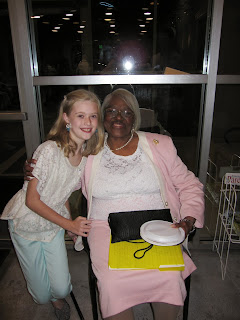 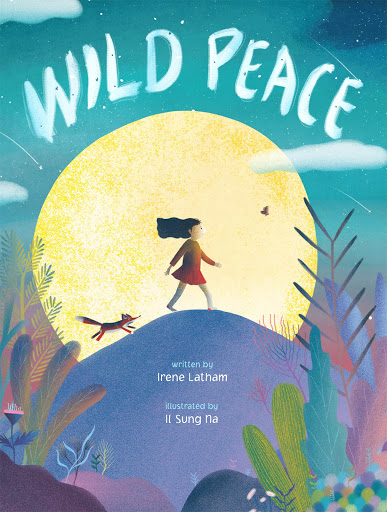