THE ENCHANTED by Rene Denfeld 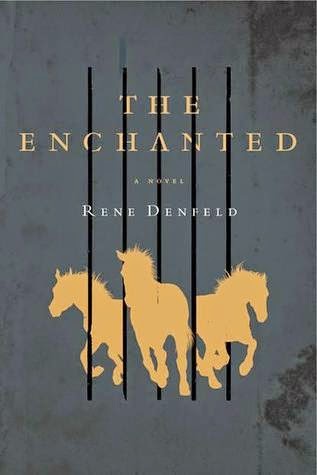 A couple of weeks ago I participated in an event to support Books to Prisoners Project. All kinds of authors where there, including Rene Denfeld, author of THE ENCHANTED, which is a beautiful, unexpected book set at an ancient stone prison, where, in the dungeon, exists a death row. Rene has worked as an investigator for Death Row cases, and she modeled her prison after one she visits in Oregon (where, she said, they like to give the death sentence, but then sometimes decades will pass before men are executed).

The event was to raise funds to ship books to prisoners. What I saw happening throughout the day was a development of compassion for the inmates -- not excusing the things they've done, but an empathy and understanding of the poverty and life circumstances that contributed. So may broken people.

Books, as any booklover can imagine, are a haven for prisoners -- an escape and a comfort and something to feed the imagination when life is confined to a dark cell. Rene writes beautifully of it in her book:


"Sometimes when reading a book,

I would think of the other people who might have touched it before it was donated. A nice woman who lay down with her baby for a nap might have held the book I was reading. I could see her, lying in a sundress on faded rose-printed cotton sheets, the book splashed open in the sunlight. A little of that sun could have soaked into the pages I was touching.

After a time, it seemed that the world

inside the books became my world. So

when I thought of my childhood, it was

dandelion wine and ice cream on a

catching catfish with Huck Finn. My

own memories receded and the book

far more than the outside, far more even

Here are some pictures from the event:

Big thanks to Mary Ann Robbins for including me -- and for all the work she does so tirelessly and with enthusiasm.