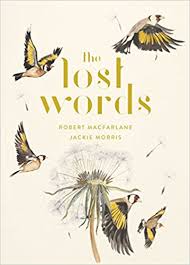 Hello and Happy Poetry Friday! Be sure to visit Tricia at The Miss Rumphius Effect for Roundup.
I am away from my desk yet again (O, Summer!), but I wanted to share with you two things:

1. a podcast with me and Charles Waters and  Matthew C. Winner, where we talk the writing process and CAN I TOUCH YOUR HAIR? Matthew was a fun host with great questions... lots to love here.

2. a gorgeous book of poems I've recently discovered: THE LOST WORDS by Robert Macfarlane and Jackie Morris (House of Anansi, 2017). I learned about this book in an article in which one of my literary heroes Geraldine McCaughrean (who wrote THE WHITE DARKNESS) was talking about how kids are smart, and they deserve rich language in children's literature. The book she cited as an example? THE LOST WORDS. So right away I secured myself a copy. (It's published in the UK, not US, but you can find used copies online.)

Here's the publisher's description of the book:

In 2007, when a new edition of the Oxford Junior Dictionary -- widely used in schools around the world -- was published, a sharp-eyed reader soon noticed that around forty common words concerning nature had been dropped. Apparently they were no longer being used enough by children to merit their place in the dictionary. The list of these "lost words" included acorn, adder, bluebell, dandelion, fern, heron, kingfisher, newt, otter, and willow. Among the words taking their place were attachment, blog, broadband, bullet-point, cut-and-paste, and voice-mail. The news of these substitutions -- the outdoor and natural being displaced by the indoor and virtual -- became seen by many as a powerful sign of the growing gulf between childhood and the natural world.
Ten years later, Robert Macfarlane and Jackie Morris set out to make a "spell book" that will conjure back twenty of these lost words, and the beings they name, from acorn to wren. By the magic of word and paint, they sought to summon these words again into the voices, stories, and dreams of children and adults alike, and to celebrate the wonder and importance of everyday nature. The Lost Words is that book -- a work that has already cast its extraordinary spell on hundreds of thousands of people and begun a grass-roots movement to re-wild childhood across Britain, Europe, and North America.

And oh boy, what a treat this book is! Rich language? YES. The book is oversized for one, and there was no skimping on the art, that's for sure. The poems are all about wildlife of one kind or another, and they are presented in alphabetical order. All of the poems are a variation on the acrostic: instead of the first letter of each line spelling out the poem's subject, the first letter of each stanza does that. Which allows the poet a great deal more freedom! I have never been a fan of acrostic poems, but these I do like, very much! Here are two favorite examples: 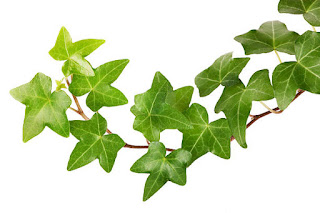 I am ivy, a real high-flyer.

Via bark and stone I scale tree and spire.

You call me ground-cover; I say sky-wire. 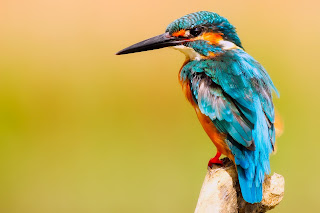 Flashes down too fast to follow, quick and quicker
carves its hollow

In the water, slings its arrow superswift to swallow

Stickleback or shrimp or minnow.

Rainbow bird - that sets the stream alight with burn
and glitter!

And just for fun, I decided to write a poem in this style, about the skunk my husband photographed last week: