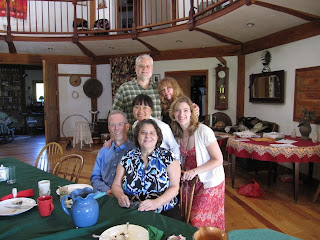 What to say about Colrain Poetry Manuscript Conference?

It's tough because I still feel overwhelmed by everthing I learned. And the people were great! Session leaders Joan and Ellen, all the fabulous poets from all corners of the country... and the editors. Awesome!!

I was amazed at the way Tupelo Press editor Jeffery Levine was able to see my heart in my poetry -- he randomly chose three poems out of my manuscript to read aloud, and after he'd read all three, he said they all ended with a "missing other."

Heck, I didn't even know that! 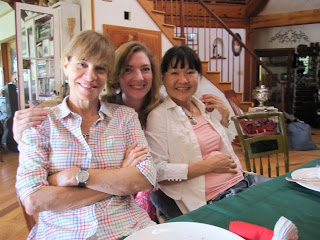 He also commented on the sense of humor he found in my work, and see, I've never really characterized it as such. His comments made me really want to develop that quality in my writing. He also said I was good with sexy and that only one in five hundred manuscripts he gets are sexy. Maybe this is a niche I can fill? Of course, I'd have to keep it separate from my novels-for-midgrade website.... 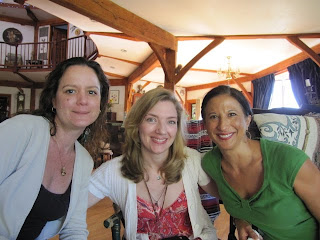 Other things I learned:

I spend too much time on set-up and need to cut many first stanzas of poems.

I have a tendency to want to be a guru of sorts, to wrap up my poems with some sage words. Those are lines I need to cut.

My prose gets in the way sometimes. I need to get rid of time markers and transitions.

I write great titles. Just need the poems to live up to them. :)
Posted by Irene Latham at 10:32 AM