Ever since my father and I visited Louisa May Alcott's house, I've been on a sister-poem kick.

That could be because I have a wonderful sister. I can't remember a day when she wasn't wonderful. Which is why I brought home to her a print of one of Louisa's poems she wrote for her own sister, titled "To Anna." 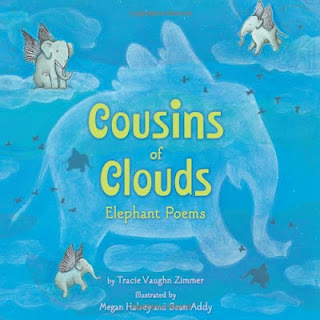 Then I came home to a box of poetry books that included elephant poems by Tracie Vaughn Zimmer, in her book COUSINS OF CLOUDS (illustrated by Megan Halsey an Sean Addy). One of my favorite poems in the book is about sisters:

She detours through brush
to caress the sun-bleached bones
of her lost sister.

And THEN I was re-reading Laura Shovan's lovely collection MOUNTAIN, LOG, SALT, and STONE, which also includes a sister-poem (though not just a sister-poem), that Laura told me was one of the first poems she ever had published.

At eight months, your elbows
were protrusions, your heartbeat
a murmur. I was two.
Resting my head on our mother's belly
I could not picture the shape of you. 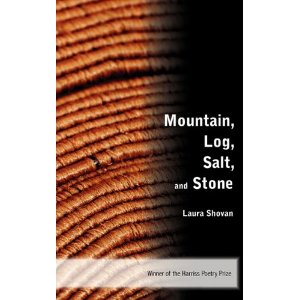 I cannot picture my own child.
He is all backbone, his heart
a tiny red balloon.
I fear it might burst.

Knowing you, Sister, I see blood.
I look for signs of it on my under things,
for pink swirls in the toilet.
It is easier to imagine great clots
running down my thighs
than the sound of a baby
crying for me in the night,
than the sucking of a small mouth
at my breasts (which already hurt me).

Sister, that elbow in my face said,
"I am feverish to be free,"
not of her body, but of us all,
weary of life before you were born.
Our parents mourned.
Mother moved thickly
about the quiet house.
Even I, two years old,
felt the imprint of your loss.

Sister suicide, my child is invisible.
How could I hold him if he tried to escape?
I slice my palm in the kitchen
and know that he could rush out,
laughing, on the waves of my pulse.
Sister I cannot force him to stay.
I can do nothing. Not even
make my heart stop beating,
like you. 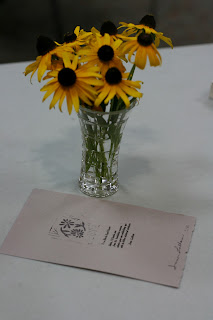 And finally, I'd like to share a sister-poem that I wrote a few years ago after I'd taken at Birmingham Botanical Gardens a Private Eye class, which teaches analogy by implementing a technique of inquiry that requires a jeweler's loupe.

I was so touched and honored when amazing librarian-friend Carol York (who, I don't care what she says, is also a poet among many other wonderful things) used it to make a letterpress broadside. (Shhh... my sister doesn't know yet... I'm sending her one in a frame!) Thank you, Carol, again and again!


To a Black-Eyed Susan

Sister, I'll bustle you
from the bumblebee masses,
admire your one unblinking eye
with its billion shuttered windows.

Readers, do you have a favorite sister-poem? Tell me, tell me!

For more poetic goodness, visit Doraine (only one of the dearest people you will ever meet) at Dori Reads for Roundup!
Posted by Irene Latham at 6:00 AM